The Serpent: A #Fantasy #Novel by Sarah Fine 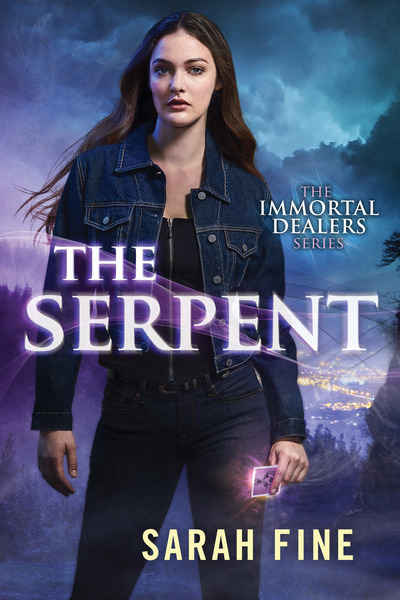 
One woman is in a world of otherworldly trouble—and she’s going to have to bet her life to save humankind.

Ernestine “Ernie” Terwilliger has put her dreams aside to look after her eccentric mother. Case in point: saving her from a mysterious stranger who’s just stormed the terrified woman’s antique store wearing a rattlesnake tattoo, leveling threats, and brandishing the weirdest deck of cards Ernie’s ever seen.

When Ernie grabs some of the cards and runs, she’s launched into a world she never knew existed—one her mother may know more about than she’s revealing. With a handful of stolen cards, Ernie has just been made an unwilling player in a game of good versus evil. But she’s not even playing with a full deck, and its original owner is more than happy to kill to get his cards back.

Suddenly Ernie’s matching wits and plays with the supernatural Immortal Dealers, who can raise empires, damn souls, and shape the world’s destiny. It’s up to Ernie to defeat the most brutal member of their order. And if her roguish new ally isn’t bluffing, he can help. The mystery is all in the cards, and to save her life—and humanity—Ernie had better learn how to deal.

Email ThisBlogThis!Share to TwitterShare to FacebookShare to Pinterest
Labels: Fantasy