If you missed my radio interview on ArtistFirst Radio Network on Tuesday, March 21, 2017, you can now listen to it here.

You can check out all previous press appearances and future events on my website.
You can purchase any of my books on AMAZON or get signed copies at my STORE.

Email ThisBlogThis!Share to TwitterShare to FacebookShare to Pinterest
Labels: Interviews 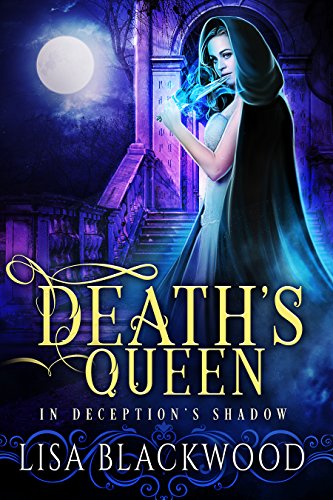 Death wants his queen back.

After her two sisters are caught up by destiny’s call, Lamarra Stonemantle is the only one left to play the role of dutiful noble daughter. A task she embraces in an effort to hide the dark magic living inside her own soul. Now that power is whispering its seductive promises again, telling her only a long dead king can complete her soul.

That unknown being terrifies her, but when Lord Master Trensler orders his acolytes to capture Lamarra, she must flee her home. To her dismay, she is rescued by tomb guards sent by her dead king.

Lamarra soon learns her fate is just as terrible as she thought, but Dead King Soryn isn’t anything like she feared. He’s worse. Yet he’s also gentle and kind and he knows a way to track and destroy the acolytes’ evil god.
But Lord Master Trensler has his own plans. If he cannot match power with the Dead King, then he will go back in time and eradicate Soryn before he ever has the chance to become the Dead King.

There is one thing Trensler did not factor into his plan—Queen Lamarra and the protective instincts she feels towards her new king.

Get inspired with this week’s Fantasy Art Wednesday, where fun fantasy artwork is combined with a writing prompt to get your creative juices flowing.
This curious image caught my attention for today’s post. I sense no danger in the peaceful, sun drenched glade. It seems to be a place of seclusion, of meditation. I can imagine that some wise sage lives in that shabby little house built up in the tree. It has obviously been there for many years, perhaps even many ages. Is the figure in red the sage himself? Or perhaps a sentry who ensures that he can meditate in peace without being disturbed at inopportune times by those who come to seek out his wisdom.
But this is only my initial impression. Who do you think lives in this moss and vine covered tree?

Email ThisBlogThis!Share to TwitterShare to FacebookShare to Pinterest
Labels: Artwork Vivian Hsu has only lived in the slums of the lower Sprawl for a year as a mercenary, but ironically, the telepathic powers that forced her to flee her prior privileged life now threaten to drive her insane. Will this proud, self-reliant, and stubborn woman harness her fiery nature and survive the deadliest contract she's ever faced? Will she navigate the tangled web of corporate espionage, kidnapping, murder and come out with her soul? Or will the darkest depths of the Sprawl claim another life?Amazon

Twenty-three year old Dimitri has to do what he is told - literally. Controlled by a paranormal bond, he is forced to use his wits to fulfill unlimited deadly wishes made by multimillionaire Karl Walker. Dimitri has no idea how his family line became trapped in the genie bond. He just knows resisting has never ended well.
When he meets Syd - assertive, sexy, intelligent Syd - he becomes determined to make her his own. Except Karl has ensured Dimitri can't tell anyone about the bond, and Syd isn't the type to tolerate secrets.
Then Karl starts sending him away on back-to-back wishes. Unable to balance love and lies, Dimitri sets out to uncover Karl's ultimate plan and put it to an end. But doing so forces him to confront the one wish he never saw coming - the wish that will destroy him.
A dark twist on genie folklore, SUMMONED follows a reluctant criminal as he unravels the mystery of the paranormal bond controlling him.
Amazon | Barnes & Noble | Kobo | iTunes

Grigory's Gadget - Book 1 of the Gaslight Frontier Series
“Protect it and it will protect you.” Zoya never understood what her grandmother meant, speaking of a strange gadget of compacted wires and gears. When she and her friends are kidnapped by pirates, Zoya learns that there’s more to the gadget than meets the eye…
Currently on sale for $0.99!
Smashwords | Amazon

Last week’s post was about medieval taverns, so it seemed natural to make this week’s about medieval inns as their services overlap somewhat. Like commercially run taverns, medieval inns catered more to the wealthy than the average person. They were equipped to accommodate not just lone travelers, but people like merchants with carts full of valuable wares, and nobles with their families and attendants. Whereas taverns offered basic, or even poor quality food, inns were prepared to host elaborate feasts as necessary for guests–including wine and other alcoholic drinks. Inns also provided temporary storage and stables where horses could be cared for.
Inns were actually big business, and they made a considerable profit. Innkeepers were wealthy and played a prominent role in the community—sometimes also serving in the local government, or acting as banking agents. Inns were often centers of trade as well, and investors were eager to back them, expecting a handsome profit in return.

The layout of a typical inn included a main hall, possibly a secondary common space, a kitchen, storage space, quarters for the innkeeper and his family, and of course, sleeping rooms for guests. It is hard for us to imagine today, but not all of the sleeping rooms were private or even lockable. Many were communal, with a number of guests sharing a room together, sometimes even the same beds. Private rooms became more popular as the period progressed.
However, not everyone could afford to stay at an inn, even when they were available and had enough room. Ale houses sometimes provided basic shelter for the night for a very limited number of people. Monasteries might run hostels (hospitals) where travelers could stay free or for a minimal fee, particularly on routes that were heavily traveled by pilgrims. When there was no inn, hostel, or other building for shelter, people might sleep outdoors. If this was necessary, travelers stayed together in groups for safety. Nobles might have the advantage of finding hospitality with a fellow noble living nearby. They would send a harbinger just ahead of them to make all of the arrangements.
Use the Medieval Monday Index to discover more topics relating to daily life in the Middle Ages.
at March 28, 2017 No comments:

It's Time to Say Goodbye 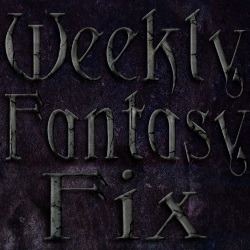 This last year working with Joshua and Allison on this newsletter has been great, but things are picking up in our writing careers, and unfortunately, we no longer have time to keep up with this newsletter.It doesn't have to be goodbye though...Allison, Joshua and I have our own newsletters where you can keep tabs on us, and we all love hearing from you.Joshua and I will be adding you all to our newsletters automatically, and of course if you don't want to remain on those lists you can always unsubscribe. You'll have to subscribe to Allison's newsletter if you'd like to keep following her, however. You can do that here.I'll also be keeping the Weekly Fantasy Fix blog going, and you can still follow on Twitter. Thank you for all your support over the last year!

Here is my interview with Joshua Robertson | Fiona McVie