The Magical Origins of Halloween! 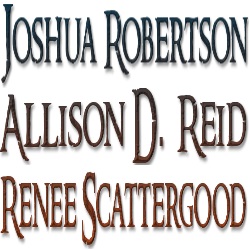 Have you ever wondered where the Halloween traditions stemmed from?

Well, lets start with the term Halloween itself. In ancient days, people celebrated Samhain. It was an autumn feast to honor the dead. There were many traditions depending on the region, but for many it was a time to remember the people you'd lost that year, and also to remember all your accomplishments and set goals for the coming year. In that way, it was actually more like our modern day "New Years" celebration, except that they didn't have fireworks. The feast would start on (or around) the 31st of October at sunset and go all night and day until the following sunset.

When the Christians adopted the feast, it became All Saints' Day, which was celebrated on the 1st of November. The night before was called All Hallows' Eve. It later became known as Hallowe'en, which is short for Hallowed Evening. Now we call it Halloween.

When Halloween came to America, it started as feasts in local communities. People would gather and share in the bounty of the autumn harvest. They would tell stories of the dead, ghost stories, dance and sing. Later when immigrants began pouring into the country, they brought some of their Halloween traditions with them. People began dressing up and they'd go door knocking for food and money. This practiced later evolved into trick-or-treating.

While Samhain is still practiced today by many pagans, Halloween has become a huge secular holiday that involves a lot of candy collecting and eating. It was always my favorite holiday of the year. The candy was great, but there was always something really magical about Halloween for me. Even now I get more excited over Halloween than I do any other holiday, and I enjoy being able to celebrate it with my daughter. Best of all, since we're in the southern hemisphere, we get to celebrate twice a year. Halloween in October and Samhain in April!

I hope you all can find the magic in Halloween too!