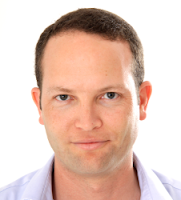 Dan Sofer won the 2016 Best Book Award (American Book Fest, category: religious fiction) for his novel, "A Love and Beyond" ("A mysterious crime. A ruthless secret society. And a desperate bachelor...")

His novels blend romance, adventure and magical realism, sprinkled with humor and insights into Jewish life and legend - entertainment for the heart and soul.

Dan lives in Israel with his family.

His second novel, "An Unexpected Afterlife" ("You only live twice?"), hit the shelves in March 2017 and the sequel, "An Accidental Messiah" will follow in late October 2017.

Connect with the Author 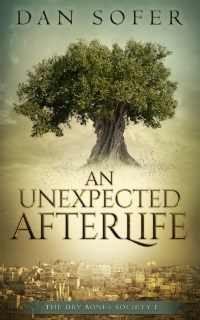 YOU ONLY LIVE TWICE?
Readers' Favorite 5-Star Medal Winner.
When he wakes up naked and alone in the Mount of Olives Cemetery, Moshe Karlin doesn't remember dying two years ago, nor does he realize how hard he'll have to work to win back his perfect old life... and his wife. In fact, he'll be lucky to survive his first week on the streets of Jerusalem.

Meanwhile, other changes are afoot in the Holy Land. A reluctant prophet prepares to deliver a message of redemption--and the end of life as we know it--when a freak accident changes the course of history.

An Unexpected Afterlife is the first "highly original" novel in the new fantasy adventure series of biblical proportions, The Dry Bones Society. If you enjoy romance and adventure, humor and heartbreak, engaging characters and non-stop surprises, then you'll love this romp in legends of the Resurrection and the World to Come.

"An amazing read... a masterful storyteller." (Readers' Favorite, 5-Star Medal)
"Fascinating... You've got to read it." (Esra Magazine)
"A mind-opener... a tour de force." (Federation Star)
"One of the best books I have read in a long time." (EM, Amazon Reviewer)

Keep reading for an excerpt:

Moshe Karlin emerged from a deep and dreamless sleep with a premonition of impending doom. The world seemed out of place. The dawn chorus of summer birds filled his ears, but louder than usual, as though an entire flock had perched on the windowsill above his bed. The mattress pressed against his back, hard and coarse. A chill breeze tickled the hair on his bare chest.

His eyelids snapped open. The endless blue velvet  of heaven stretched overhead, and as he gazed, a star winked out. His heart thumped in his rib cage. He was not in his bed. Or his bedroom. Or even his house.

He craned his neck forward. He lay on his back in a stony field, as naked as the day he was born.

His head slumped to the ground.

Moshe Karlin, you are in deep trouble.

Galit would kill him when he got home. That  if she ever found out.

As his bold plan for sneaking home unnoticed grew flesh and sinew, the crackle of a loudspeaker jarred his thoughts, and a nasal voice boomed: Allahu -a-ar! Allahu -a-ar!

Moshe heard the East Jerusalem muezzin most mornings but always from a safe distance. This morning, however, the blaring call to morning prayers seemed to issue from only a stone’s throw away.